The Best Place for Dental Implants: The Grocery Store?

As a leading center for dental implants in Bakersfield, our team at Kern Dental Specialties likes to follow dental news, but we were surprised when we came across this one. An dental implant normally isn’t something that makes the headlines, but when an implant turns up somewhere it doesn’t belong, like in a bag of almonds, it’s understandably cause for some concern. 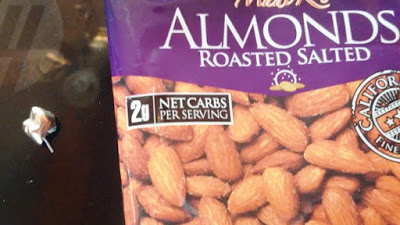 According to the Union Tribune, a man named Bob Langham discovered a golden implant when he was enjoying a bag of Almonds, and it wasn’t his own. To his credit, Langham took the discovery in stride. “A lot of people would be grossed out to have another person’s tooth in their mouth,” he said, “But I spent 20 years in the Navy, one in Vietnam, and I’ve seen things in food a lot worse than that.” We’re glad Langham was able to take the discovery so well, but our professional opinion as an endodontist in Bakersfield is that implants should stay in your mouth where they belong. If you’re looking for a Kern County, Bakersfield, or Arvin dentist who can do implants the right way, our team is at the ready.
Posted by Kern Dental Specialties at 1:34 PM No comments: